Why we love Audrey Hepburn

Why we love Audrey Hepburn 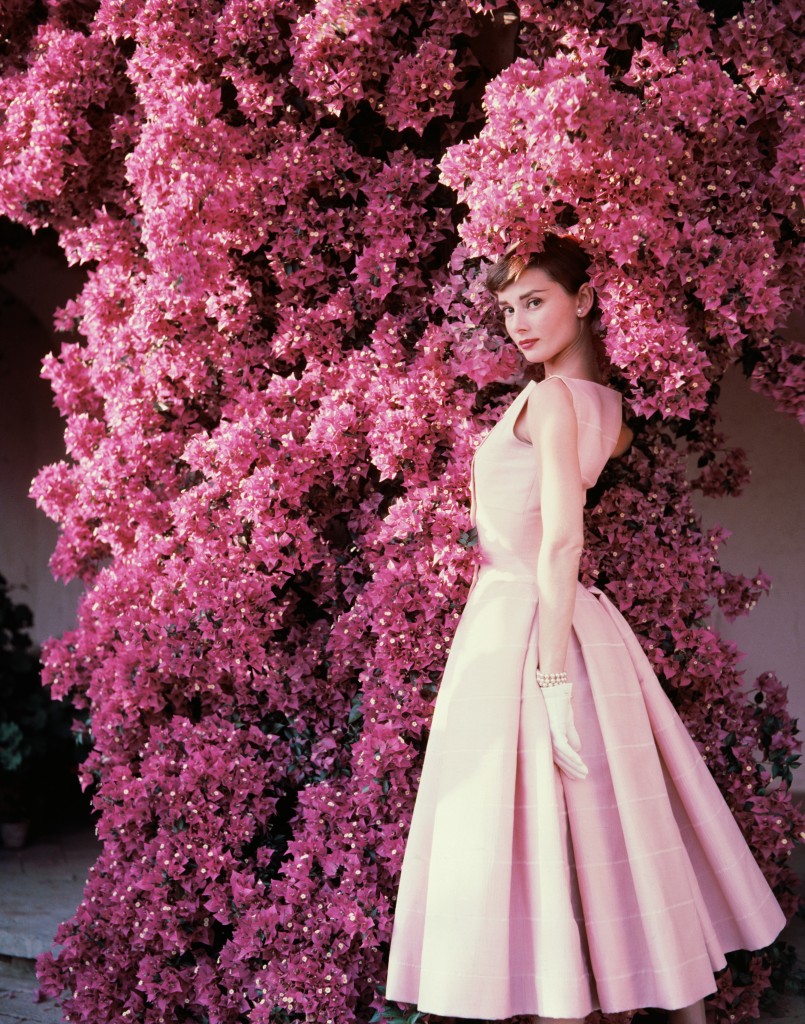 Why we still love Audrey Hepburn

With an unforgettable elfish, delicate and childlike beauty and extraordinary talents in acting, languages and dance, Audrey Hepburn is also known as an avid humanitarian. Since I have been educated in a tradition of “cultural studies”, perhaps initiated by the French critic Roland Barthes–where significant cultural phenomena aren’t taken for granted, but rather analyzed and explained–I’d like to examine here some of the reasons why we (still) love Audrey Hepburn. The answer to this question is only obvious in hindsight, once the actress achieved not only worldwide fame, but also an iconic status as the symbol of classic–and classy– femininity. But millions of actresses aspire to this level of success and few attain it. So why and how did Audrey Hepburn achieve what others only dream about? My answer is that she truly had it all: a unique yet extraordinary beauty, charm, brains, talent, luck, compassion and character.

Born Audrey Kathleen Ruston in 1929 in Brussels, Belgium, Audrey had a knack for languages (she was fluent in English, Dutch, French, Spanish and Italian) and a natural aptitude for dance. When her family moved to Amsterdam, she took ballet lessons with Sonia Gaskell, one of the greatest Dutch ballerinas. Although very talented, at 5’7” Audrey was considered too tall to become a first-rate ballerina at the time. Nonetheless, the study of ballet gave her the grace, elegance and poise that would serve her well later on, when she embarked on her career as an actress.

As is well known, Audrey Hepburn didn’t have an easy childhood. The years of hardship she and her family endured during WWII built her character and taught her how to become a survivor and have compassion for others. During the German occupation of the Netherlands, she suffered from malnutrition, anemia and respiratory issues. Her family barely had enough food to survive. But years later, in an interview, Hepburn remembers and expresses compassion for those who had it far worse: “I have memories. More than once I was at the station seeing trainloads of Jews being transported, seeing all these faces over the top of the wagon. I remember, very sharply, one little boy standing with his parents on the platform, very pale, very blond, wearing a coat that was much too big for him, as he stepped on to the train. I was a child observing a child.”

These horrific memories fortified her while at the same time increasing her empathy. When she left her successful movie career to focus on her family and humanitarian issues, Audrey would be appointed Goodwill Ambassador of UNICEF.  Even four months before her death, when she was suffering from appendiceal cancer, Hepburn still thought about the plight of others. She made a visit to Somalia in 1992, emphasizing that empathy–particularly for children, who are the most innocent casualties of politics and war–is universal: “Taking care of children has nothing to do with politics. I think perhaps with time, instead of there being a politicization of humanitarian aid, there will be a humanization of politics.” Unfortunately, we are still waiting for this chiasmic reversal to happen.

“Luck Comes to Those Who Come Prepared”

Lefty Gomez remarked “I’d rather be lucky than good.” He was right. Most likely, without some luck and connections, nobody makes it to the top of any field, much less a more “subjective” field like acting. But all this is counterbalanced by one of my other favorite sayings about luck, attributed to Henri Poincaré: “Luck comes to those who come prepared.” Without giving it one’s all–consistently and undaunted by hardship or periodic failures–success is unlikely. In her youth, Hepburn took a job as a London chorus girl—which though less prestigious than being a ballerina paid three times more than ballet–in order to support her family.

Luck also ran her way, however. She was spotted by a scout for the large American movie company Paramount Pictures. At first, they cast the budding actress in minor roles. Then, once she proved her talent, Hepburn landed a more significant part in Thorold Dickinson’s The Secret People (1952), in which she shone in the very fitting role of a ballerina. By chance—or good luck, once again—the popular French novelist Colette saw her performance and is said to have exclaimed “Voilà! There’s your Gigi.” This role would bring Hepburn international acclaim.

By the time she was cast alongside Gregory Peck in Roman Holiday (1953), Audrey Hepburn had all the promise of being a leading lady. Although the role of Princess Ann—a young woman who escapes the protocols of royalty to lead a more ordinary life and falls in love with an American journalist—was initially cast for Elizabeth Taylor, Hepburn stole the show in her screen test. William Wyler, the director, declared: “She had everything I was looking for: charm, innocence and talent. She was also very funny.” Initially, they were going to advertise the movie in terms of the more established and recognizable star—Gregory Peck—with Hepburn cast in a secondary role:  “Introducing Audrey Hepburn”.  Recognizing Audrey Hepburn’s charm and talent, however, Peck is said to have asked them to announce her name in the same way as his: “You’ve got to change that because she’ll be a big star and I’ll look like a big jerk.”

His prediction came true. Hepburn won an Academy Award in 1953 for the movie and stole the hearts of audiences—and critics–worldwide. Her elfish, childlike yet elegant beauty, which graced the cover of Time Magazine in 1953, also inspired the “Audrey Hepburn look”, which is still a mark of classy and classic femininity to this day.  Yet even in this domain, Hepburn had a bit of luck. The famous fashion designer Hubert de Givenchy is responsible for creating the Audrey Hepburn style—particularly the little black dresses—that would inspire women’s fashions for decades, to this day. When told that he’d design a dress for “Ms. Hepburn” for the movie Sabrina in 1954, Givenchy mistakenly believed it would be for Katherine Hepburn, and expressed some disappointment when he found out that it wasn’t. But soon Audrey Hepburn won him over, forging a friendship–and collaboration on fashion—that would last for the rest of her life. The most recognizable style was the iconic Givenchy black dress Audrey Hepburn wore in Breakfast at Tiffany’s (1961), a film inspired by a Truman Capote novella. But Hepburn characteristically shaped her role. The movie was initially supposed to be about the romance of Holly Golightly, a call girl from New York. Audrey Hepburn knew her boundaries—she declared, “I can’t play a hooker”—and played instead a character filled with femininity, grace and impish charm.

Audrey Hepburn had–and still has–a universal appeal. Women wanted to be like her; men wanted to be with a woman like her. This is not necessarily the case for all beautiful women. There was something about Audrey Hepburn’s beauty that was childlike and unthreatening to women—unlike, for instance, the far more mature and overtly eroticized beauty of sex icons like Marilyn Monroe—yet still extremely seductive, even disarming, to men.

Audrey Hepburn had a unique and astonishing form of beauty, many talents, intelligence, a little luck mixed with a lot of perseverance, modesty and class. Of course, these assets aren’t the ingredients of a recipe for success: a dab of this, a pinch of that.  The qualities that made Audrey Hepburn a great actress were, above all, also those that made her a great person: her genuine compassion and strength of character. Ultimately, it’s not the roles she played that made her an enduring cultural icon, but who she was. And this is why we (still) love Audrey Hepburn.

Panodyssey And The Love Of Classical Music 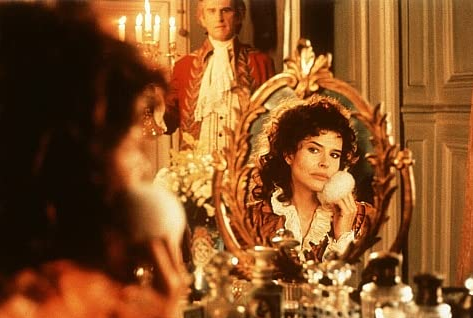 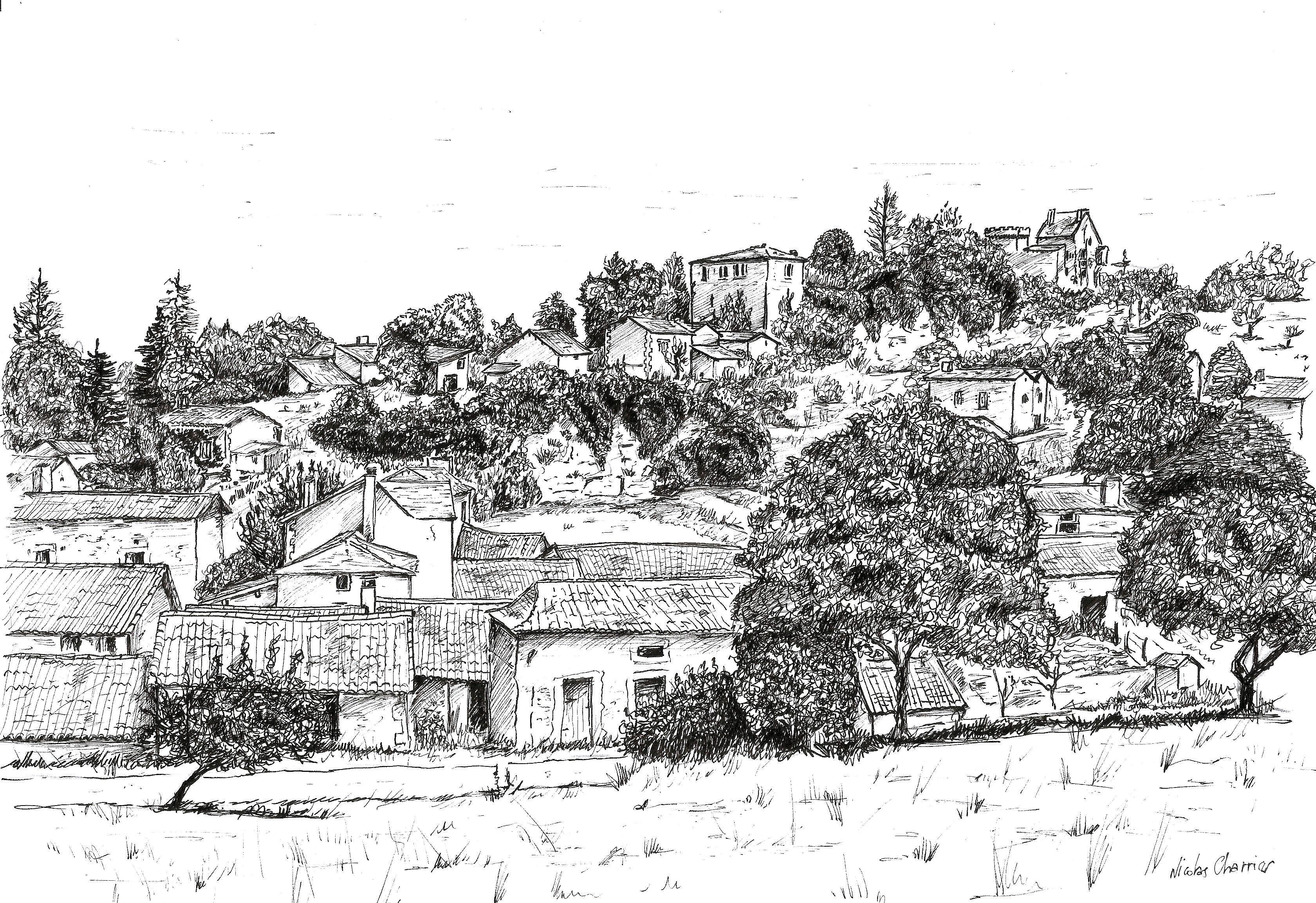 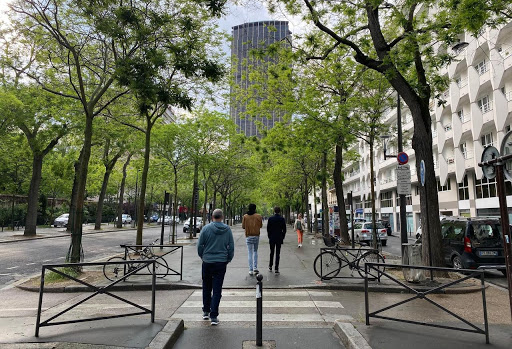 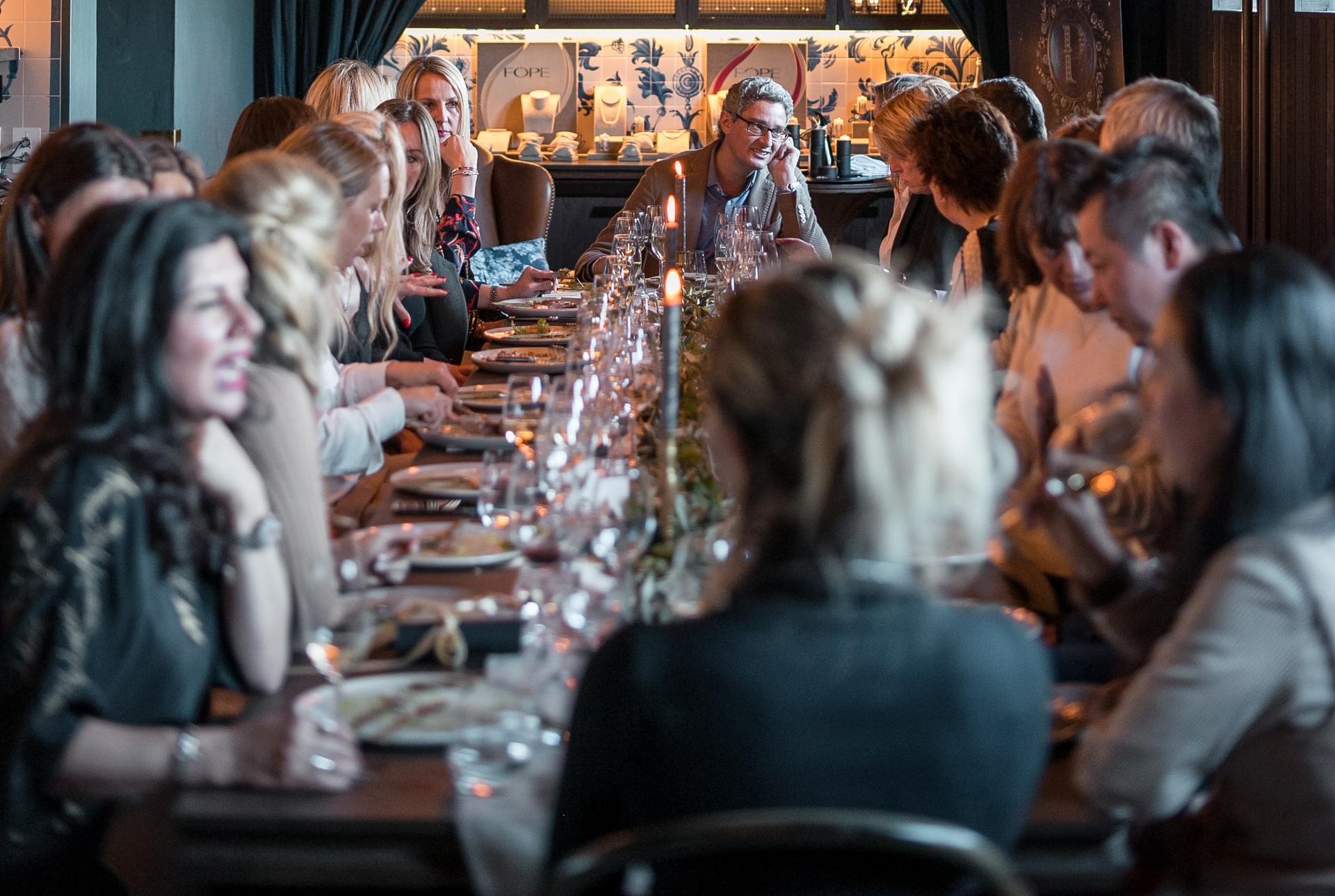 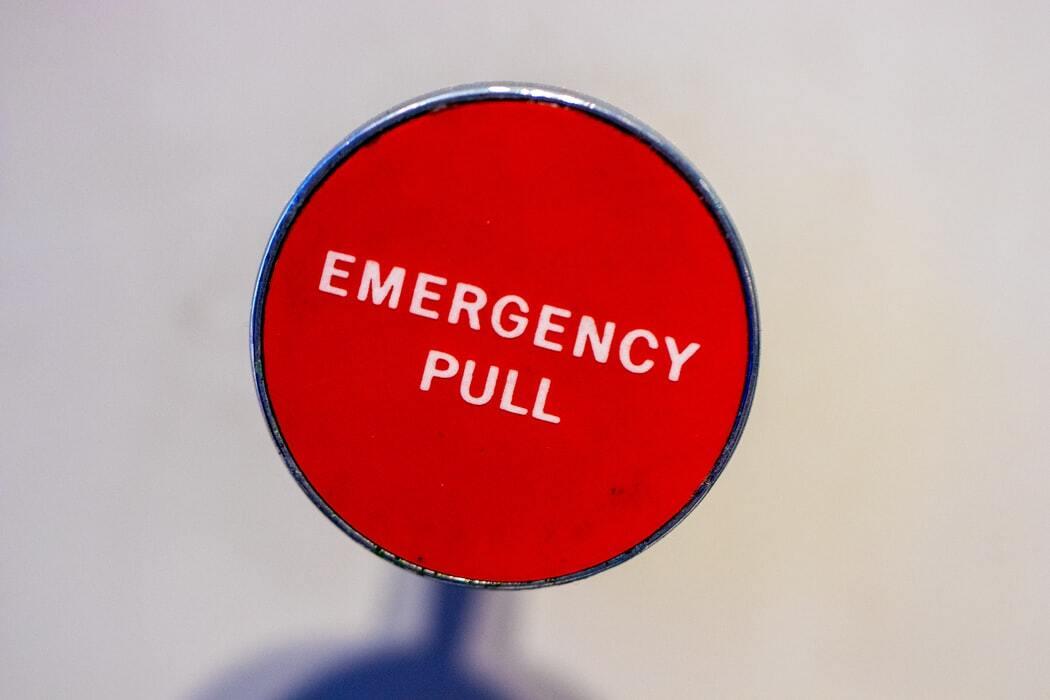