Weakness, lack of anticipation, lack of ethics in the world of banking
Mon compte
Écrire
Collaborer

Weakness, lack of anticipation, lack of ethics in the world of banking

Weakness, lack of anticipation, lack of ethics in the world of banking

In the early stages of 2021, it seems important to both of us to share a letter sent in 2016 to Mr. Sergio Ermotti, CEO of the Swiss bank UBS in Zurich. Unfortunately, we have never received any answers to our proposal. Mr. Ermotti left office during the fall of 2020 and we have learnt that Mr. Ralph Hamers, his newly appointed successor, is caught up by the justice of The Netherlands where he is prosecuted for alleged money laundering for his activities when he was heading the bank ING. We have read, flabbergasted, that the President of UBS was aware of the background of the new CEO and which was also taken into consideration by the Board of Directors of the bank.

The American political scientist Zbigniew Brzezinksi, who was President Jimmy Carter's National Security Advisor was already worried of the political awakening of the masses. Even though Mr. Brzesinski had warned that the thought which leads to the architecture of the actual world would collapse, we can only note that there still is no consideration for another model. The fact that the thought of the managers does not evolve inevitably leads to a collapse. Would this stagnation, this blindness be stubbornness? In any case, it is about a suicidal evolution for a company such as UBS, for its depositors and its employees.

As such, the Trilateral Commission, which Mr. Zbigniew Brzezinski joined when created, qualifies itself as "an organisation oriented toward decision making" between the "industrial democracies", defined as "a community with its own identity and constituting a vital stake". It seems that Mr. El Leenars, another former top executive of ING, member of the European Group of the Trilateral 2020 who has been appointed as "Vice Chairman Wealth Manager" at UBS, did not fail in the continuity of the model described below. In 2018 however, the bank was communicating about its involvement towards objectives of sustainability discussed in Davos, whereas the UBS President Axel Weber already ensured in 2013 that UBS Investment Bank would be "more focused, de-risked and less complex." Words and more words...

The lockdown and Covid-crisis having widely contributed to the search of information on the internet and exchange of data on social networks, it seems that the year 2020 was favorable to the much-feared citizens' awakening. In fact, citizens need ethics, benchmarks and confidence because transparency inspires confidence. Citizens are not naive and cannot stand lies nor the opacity of information from political, economical or financial decision makers.

The lack of answer to our 2016 letter and the recruitment of the new UBS CEO prove that systemic size banks operating internationally have nothing to do with ethics even if codes of ethics and whistleblowing hotlines have been developed and widely promoted towards clients, employees, partners or press releases for the attention of mainstream media. Should we recall that UBS wrongdoings have lead the bank to be sentenced €4,5 billion by the French justice? Its share price had lost 4,2% as soon as the verdict was announced. It is our responsability to be careful when the UBS appeal trial will take place in March 2021.

Dear Sir,
I have been under media attention on an international scale these past years.

As you might know, I have been to court twice Vs. UBS France – in 2010 and 2015 - and won each trial, namely regarding the harrassment I have suffered as an Executive working for UBS France after having refused to cover illegal operations.

As you might also know, Mr. Patrick de Fayet, who was the Head of UBS Wealth Management in France until 2009 and also my direct Manager for more than five years in Paris, is now pleading guilty (Reuters press clipping enclosed).

Together with a team of international citizens and specialists, I have the pleasure to announce that we are creating the International Fund for Ethics. The purpose of this Fund is to give a long-term vision to our societies ; this is why it is being launched internationally and will partly be developed thanks to crowdfunding platforms.
To this end, the media worldwide will receive confirmation of our will to create this Fund: The legacy which all of us will leave to our children and to the future generations must indeed be the one of a much cleaner planet and a paradigm where all of them – and each of them – will have the possibility to thrive in a secure and peaceful world.
Nowadays, it is clear that logics, anticipation, intelligence and skills do not give added value to political decisions nor economic visions.

As you might know, I am a Resistant ; you can definitely acknowledge the will and courage I had when tested by your Managers who have tried extremely hard to make me shut up.

President Hollande's French Government members are nowadays avoiding my letters. I have indeed asked them why I have been used and trapped by the French Law, why they all are letting me down while our French Finance Minister, Mr. Michel Sapin, declares on television shows that €12 billion have been identified through 38,000 offshore accounts at UBS Geneva relating to French clients.

I cannot trust the French politicians, namely our Finance Minister, who acknowledged his helplessness during a France Television debate taking place on April 5, 2016 about the « Panama Papers », which was watched by 3.5 millions TV viewers.

From now on, I refuse any hope from those top politicians who evade subjects relating to the general interest in the country of the Declaration of Human Rights. On the contrary, I believe in the political awakening of the international civil society.
While our politicians talk and communicate for the sake of their professional careers, my partners and I are acting.

In the same way as the Fund is being suggested to your direct competitors, I am hereby proposing to your bank that we work with a long-term vision and serve your honorable clients I.E. the clients who clearly refuse the commissions and the financing of arms trafficking or gunrunning, the ones who totally ignore the massive profits when speculating on population hunger, commodities and other extremely profitable but immoral mechanisms. In other words, we would serve the clients of yours who believe in life and in the future.

If this letter is not answered, I would consider that you are not interested in our Fund. Alternatively, should this idea appeal to the values of the Group you head and for which I have worked with dedication for more than twelve years, I would then be delighted to discuss with you and Mr. Alexandre Boisson, whom I have helped so far in building teams.

My Question To President Trump 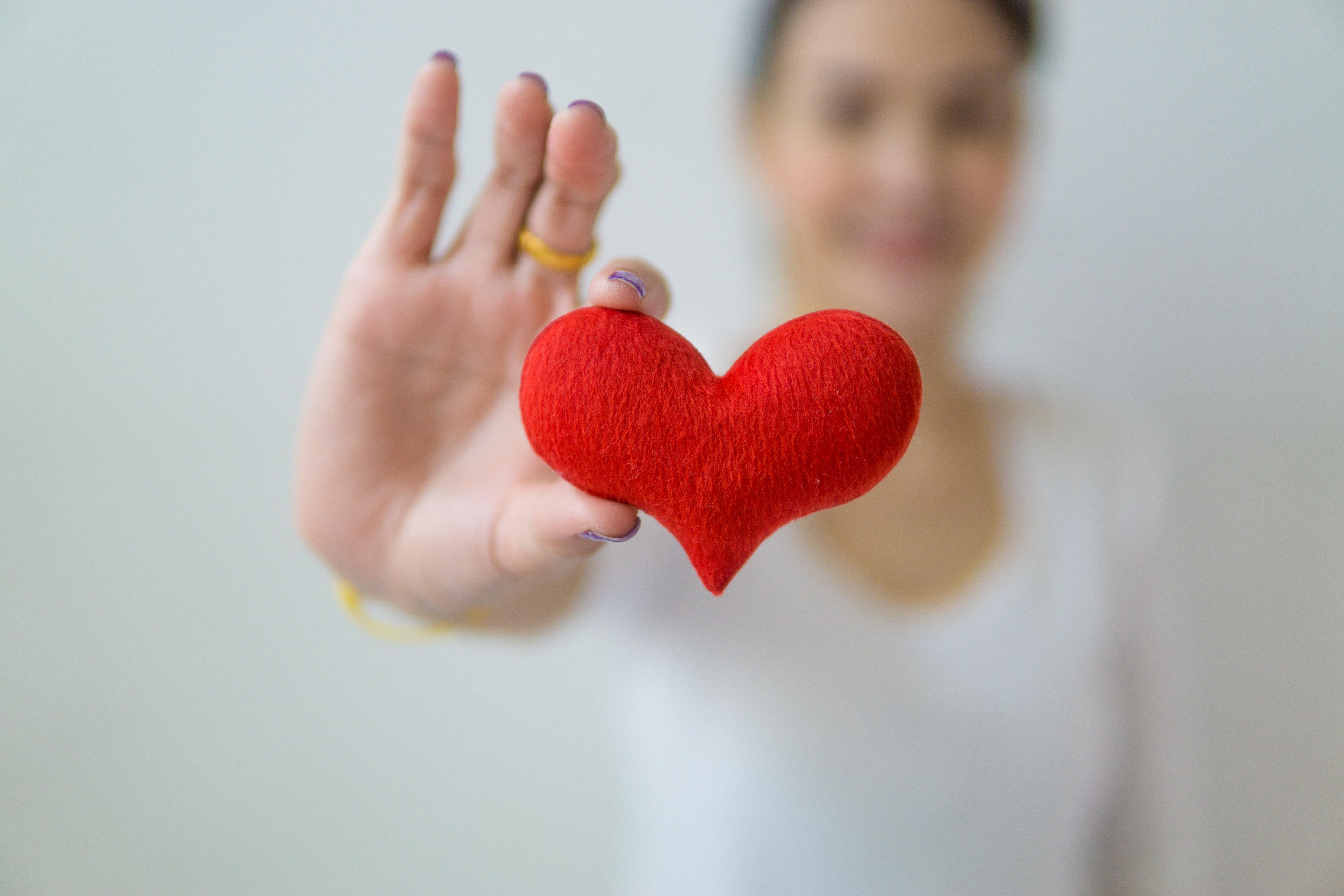 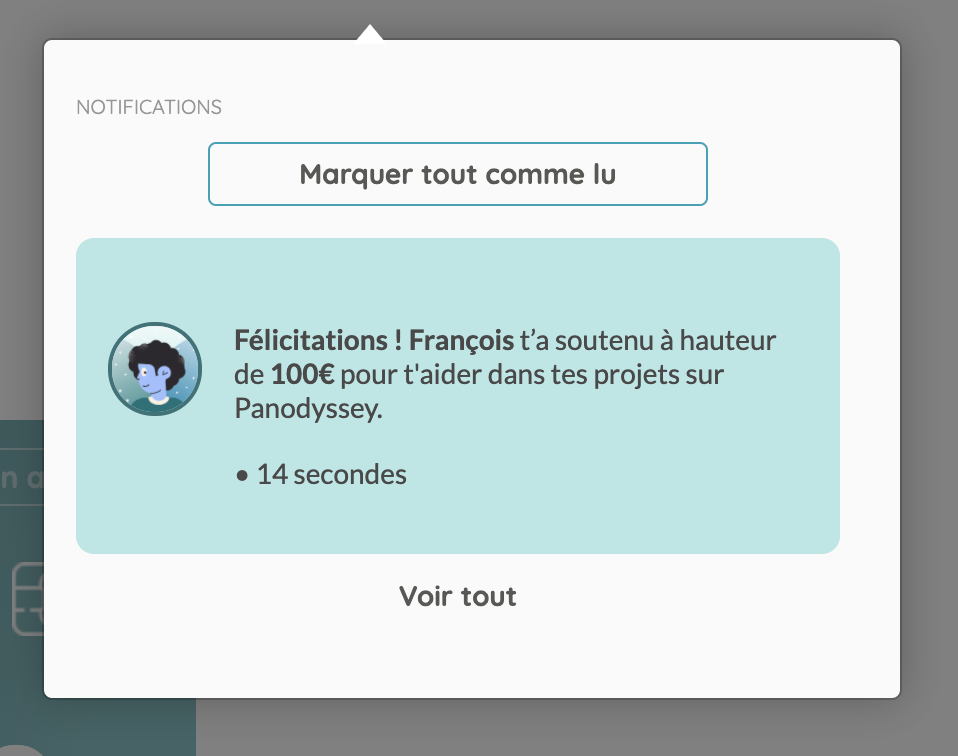 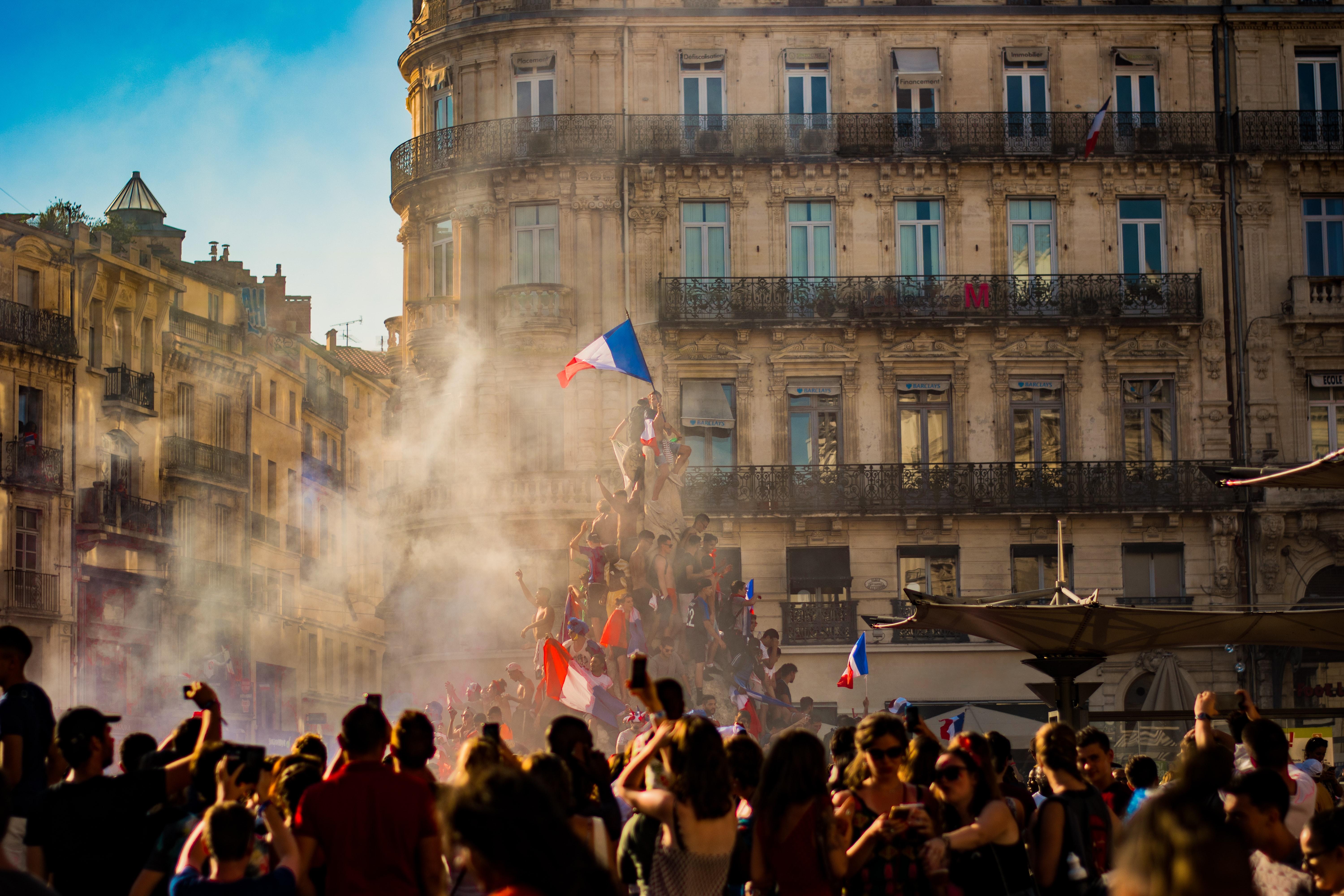 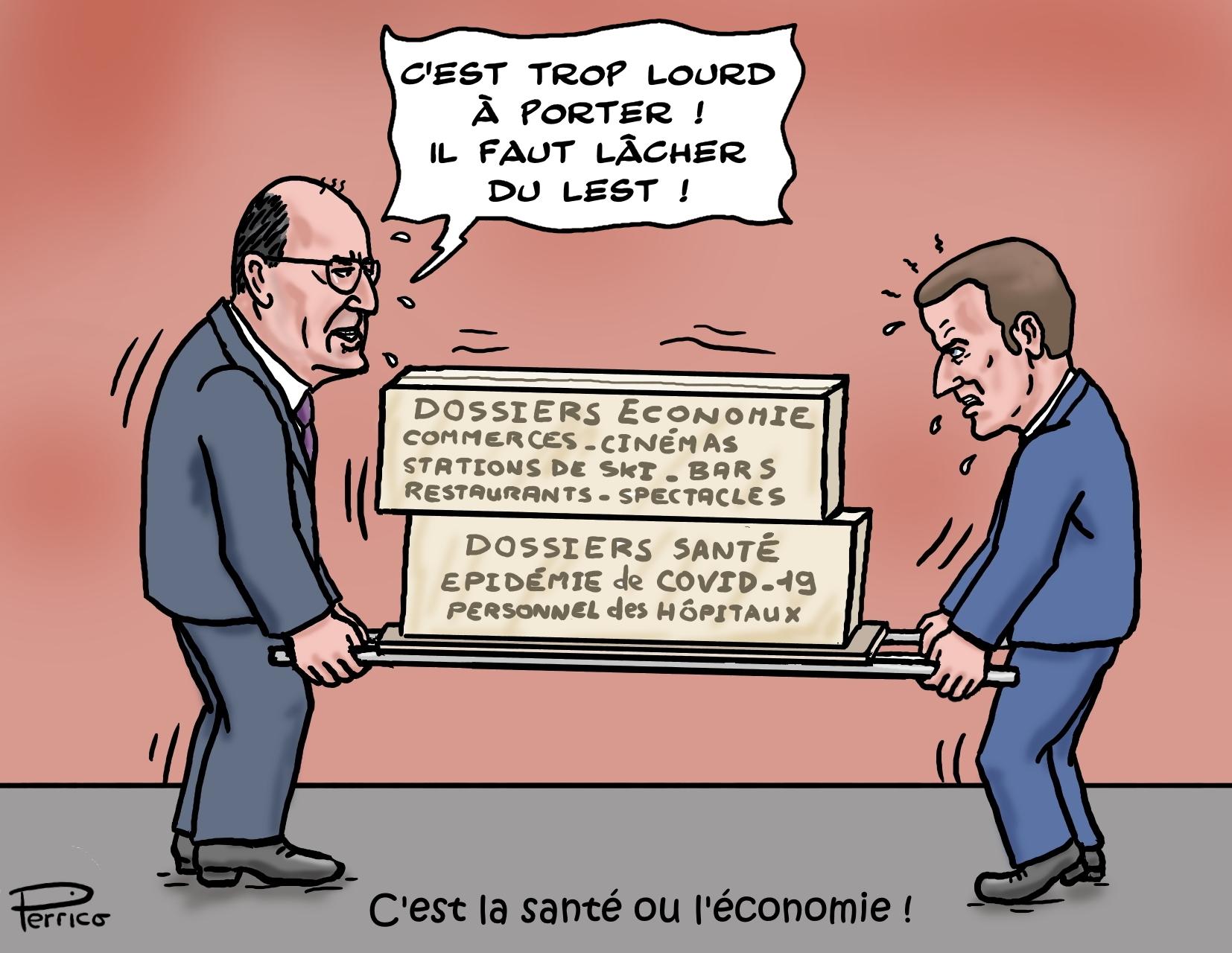 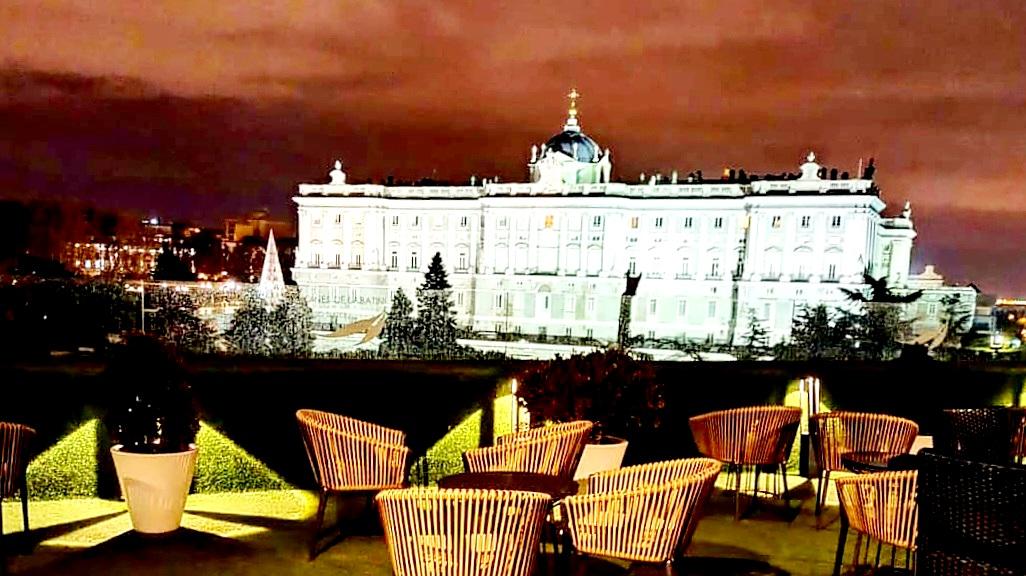